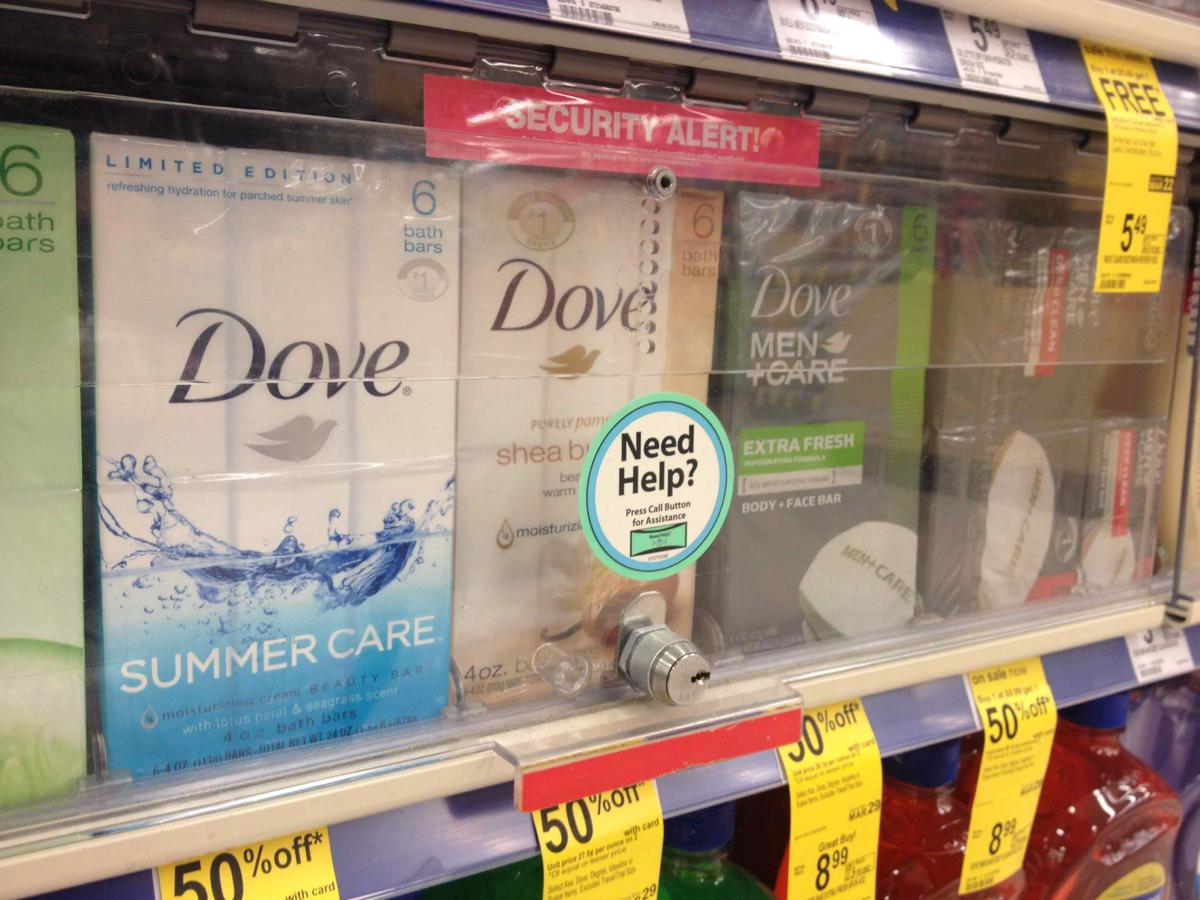 The other day, we found a news story that taught us a lesson every prepper should know and follow.

If you live in a city, you may have seen local drugstores lock up items like soap and shampoo. This sounds odd: why would low-value items like soap need to be kept under lock-and-key? As it turns out, thieves can use stolen soap just like currency. Priceonomics blog explains the reason:

Products like cigarettes and soap perform some of the major functions of money very well. Since there is a consistent demand and market for them, even when they're not on store shelves, they retain their value. (Unlike an iPod, they never become obsolete.) Since they have standard sizes, they can also be used as a unit of account. You can pay for something with one, five, or ten packs of cigarettes depending on its value. In areas where fences or other buyers are always willing to purchase stolen products like soap, it's just as good as money.

When you’re a thief, items like massive amounts of laundry soap always have value and can’t be tracked by police, unlike stolen cars or jewelry. That means it’s safer to traffic in stolen soap than other more expensive stolen goods.

While it may seem a little weird to use laundry soap as currency, think about it: our current currency is simply little pieces of paper and metal! According to basic economics, anything can be used as currency as long as all parties participating in an exchange agree how much it’s worth.

What Stolen Soap Can Teach Preppers

By this point, you’re probably wondering why we’re sharing a message about criminal economics on a prepper blog.

No, we’re not encouraging a life of crime. But we are pointing out that any item with real value, even soap, can be used in trades and exchanges if other currency becomes unusable.

Here’s a realistic scenario: say there’s a major spring storm in your area. It’s going to be days until FEMA can show up to provide relief efforts. In the meantime, you need to make it on your own.

What Kinds of Items Should I Stock Up On?

It’s a common practice to stock up on cash and gold, but it’s smart to invest in other types of non-perishable items of value, too.  (You can’t eat cash or gold if you’re hungry!)

With some help from our friends at Back Door Survival, here’s a big list of items you could potentially use in place of currency:

You’ll notice ammo isn’t on this list. There’s a reason for that. As Back Door Survival explains, “In a post-collapse society, you might not know your barter partners well and may run the risk that they will use these items against you so that they can steal the rest of you stuff.”

If you do exchange ammo, make sure to never go alone and have someone else there who can back you up if the trade goes south.

Almost Anything Can Be Traded

The list above is by no means comprehensive, but it should communicate the point we’re trying to make: everything with value can be traded in an emergency scenario. Make sure to stock up on items with a long shelf life so you’ll have plenty to barter in a post-collapse environment.

Did we forget anything on this list you think should be here? Do you have any stories of bartering items after a disaster? Let us know in the comments!

9 Responses to Soap Thieves, A Surprising Lesson About Prepping